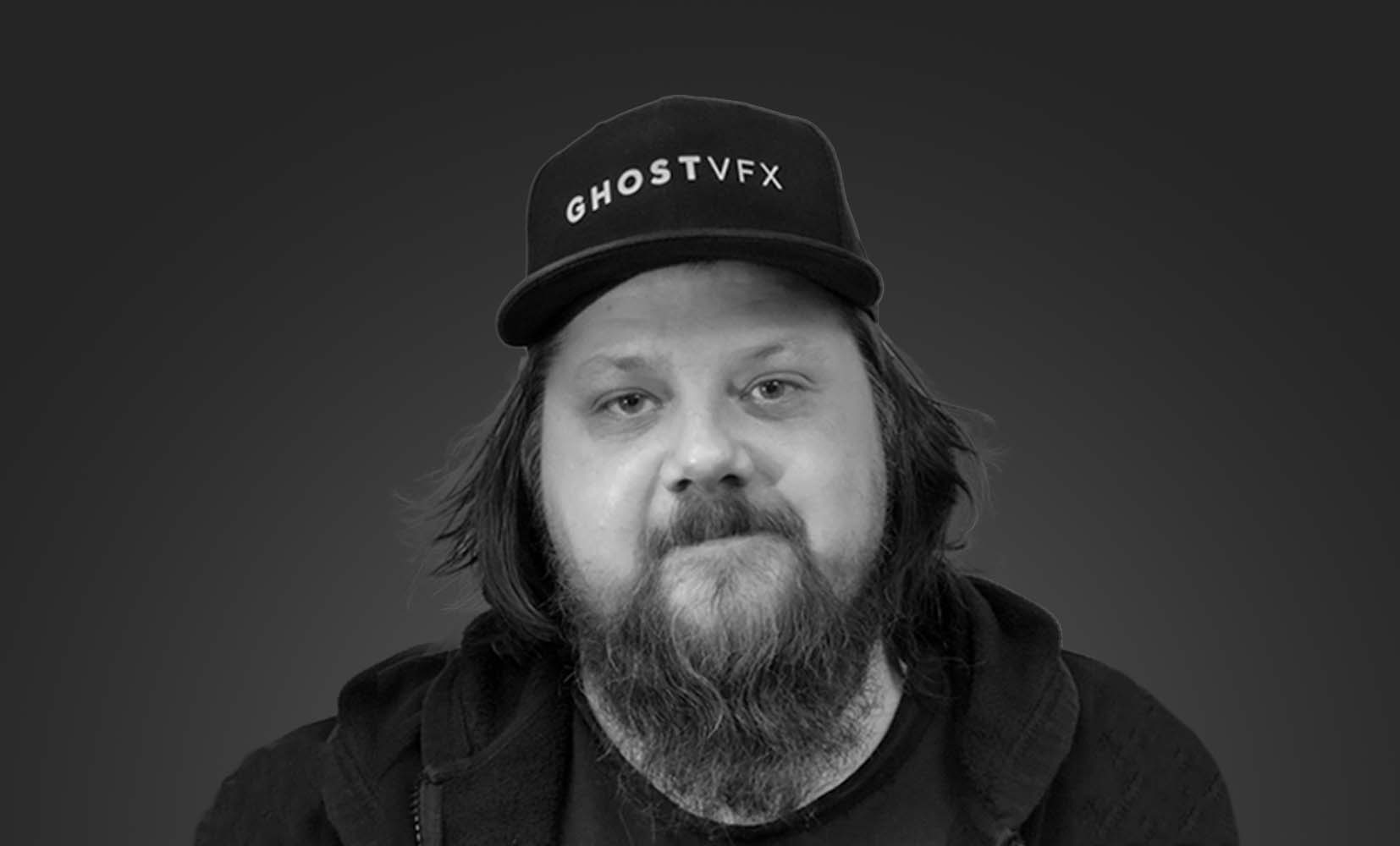 It took me quite a while to find my way to VFX, but it all started with making live-action short films, music videos and commercials. I have always been a bit of a generalist, so I would often end up writing, shooting, directing and editing the projects I worked on. I eventually started dabbling in After Effects and got more and more into the post side of things. I then decided to go to school to learn 3D animation. My initial goal was to specialize in character animation.

I finished a Bachelor’s degree in 3D Animation and visualization and also went to a shorter, more VFX heavy education. During these years in school, my generalist nature kind of took over again and I very much became a 3D generalist instead of strictly a character animator.

After that I worked for a few smaller companies in Sweden and mostly did commercials, 3D visualization and some character animation. I really enjoyed doing this for a few years since I got to do everything from idea and concept all the way to the final product. But as the saying goes, “Jack of all trades, master of none.” I felt that if I wanted to take my skills to the next level I needed to work on bigger projects and with people that were much better than me. With some lucky timing, a questionable showreel and a friend on the inside, I managed to land a job at Ghost VFX and moved to Copenhagen.

At first, I was very intimidated by all the talented people here, but I was also very motivated to try and not be the worst. It might be a bit uncomfortable for the ego, but it is a lot easier to grow as an artist if you surround yourself with people that are a lot better than you. I think the culture here is also very open and people are generally very humble which made it very easy to get to know people and I felt right at home very quickly.

In your own words how would you describe what you do at Ghost?

When I started at Ghost VFX I was hired as a 3D generalist so I have done a little bit of everything, but I would say that my main role during the first 2 years at Ghost VFX was as a shading and lighting artist. Then, about 3 year ago, I was offered the opportunity to step up and take on the role as VFX Supervisor. So, for the last 3 years I have mostly been supervising but sometimes also still get my hands dirty as a lighting artist and generalist. As a supervisor I am involved in the early steps of the projects in terms of bidding new work and then planning and figuring out how to do the work once it is awarded. A big part of the job is being the link between the clients and the artists. Trying to get a good grasp and overview of the client’s vision and then working with the artists and figuring out the best way to make that vision a reality. Usually, my day consists of reviewing shots and giving feedback to the artists, making sure that all the work is going in the right creative direction and that it gets done on time. I also have meetings with the clients, usually once or twice a week, discussing and reviewing our work.

As a supervisor the most fun part is when artists really surprise me with something that is way better than what I had in mind when I explained it to them. Sometimes the brief for a shot is very clear and it is quite easy to figure out how and what to do and the results are somewhat predictable. But sometimes the ideas are more undefined and abstract, and it is much harder to make that into something concrete. That kind of shot is usually a bit scarier to take on because you don’t have a clear roadmap to follow and it might take a few failed attempts to get there, but it is also much more satisfying when you finally achieve something great. It is also quite a privilege to get to be a nerd for a living. Both in terms of the technical aspects like lights, cameras and how different lenses work and in terms of the story we are trying to tell with composition, color, and movement. There is also a large variety of subject matters, like some days diving deep into anatomy discussions, trying to figure out how some weird fantasy creature would move and the next day having a long discussion about the best way to decapitate a zombie or what color an exploding warp drive would have. A lot of the time it also just comes down to the satisfaction of creating a beautiful or impactful image.

It is always a bit tricky to talk about the most recent projects because they are usually very secret, but a big milestone for me was that I got to work on Star Wars: The Rise of Skywalker. To see my name in the credits of that movie still feels very special. On that project I worked as a lighter and generalist on some large environments and I’m still very proud that I got to do some shots with both lightsabers and the Death Star.

Another project that I’m also very proud of is our work on Star Trek: Discovery Season 3 where we did a lot of really cool shots, and we won an Emmy for Outstanding Special Visual Effects in a Single Episode. I worked as an assisting VFX supervisor on that season so I didn’t get my own statue (not jealous at all) but I got a nice diploma made of pure paper. I think we did some very impressive work across that whole season, and we also have a very nice relationship with that client so we get to do all sorts of shots, everything from epic space battles to amazing creatures, which was a lot of fun.

I would say that now is really a perfect time to get into the business. The demand for talented artists has really exploded the last few years mostly because of all the work coming from the big streaming platforms. The recent pandemic has also opened up the possibility to work remote, so it is a lot easier for people to get their foot in the virtual door without having to relocate to the actual door.

In terms of what to focus on I would advise people to try a little bit of everything, just to get an overview of all the different disciplines and see if there is something you like more and try to specialize in that area. Try to find and study the work of the people that already have the job you want. I think a common pitfall for beginners is to compare yourself to other beginners and it is common to overestimate how good you are. I have fallen in that trap many times myself where I got a bit cocky, thinking I’m awesome. In my experience, it is when you realize how bad you are at something, that you grow as an artist. So even if it sounds painful it is actually a positive thing.

Try to study the fundamentals and not just the current software. If you for example want to be a lighter, don’t forget to study things like photography, color theory and composition. And if you want to be a sculptor it doesn’t really matter if you know every single weird feature in Z-brush, if you don’t know anatomy. Software is constantly changing and that kind of knowledge can quickly become obsolete, but to train your eye and trying to develop good taste is a much better investment for the future.

Then one more piece of advice would be to try and be humble, even if you are awesome. And also, just try and be a nice person. This work is so dependent on communication and collaboration, that a good attitude and the will to learn will go a long way.

The technology in this business is always developing super-fast and I’m looking forward to tools just getting faster and easier, removing the most tedious tasks and making more room for the creative parts of the job. I also think the increasing demand for high quality VFX will probably just keep increasing, like it has the last couple of years, and I think the possibility to work from anywhere in the world will probably also keep changing the way we work together internationally. I personally prefer to still go to the office and interact with everyone in person, but I know a lot of people really like the flexibility of working remote. I think maybe we will see even more small satellite offices pop up all over the world so that people can have a bit more choice in where to live but still be able to work on the bigger projects.

If you ever thought about getting into VFX, now really is the time to go for it. We are always looking for talented artists to join our team…but only if you are a nice person.